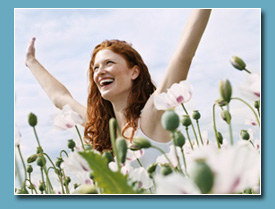 Dr. Steven Fox Featured in Social Life Magazine
Dr. Fox is called upon by a who’s who of royals, celebrities, and other luminaries to complete the perfect veneers, whitening, or more complicated reconstructions such as implants.

Governments, insurers, clinicians and the public must all recognize the changing face of dental medicine
by Sheila Riggs

As The Body Ages: When it comes to the complications of oral disease, the elderly are particularly vulnerable
By Frank A. Scannapieco

Our Mouths, Ourselves: As the interrelationship between the mouth and the rest of the body becomes clearer, dental professionals, doctors and patients will need to rethink the term “oral health.”
By Sharon Guynup

Mouthful of Bugs: Pathogenic bacteria are a way of life. So, too, must be brushing and flossing.
By Robert H. Kagan

The ADA’s Take: How the world’s leading dental organization views the growing connections between a healthy mouth and a healthy body.

What Every Woman Needs To Know: Growing evidence suggests that poor oral hygiene during pregnancy can adversely affect the health of newborns.
By Steven Offenbacher

Some of the media outlets that featured Dr. Fox

110 E 40th St, Suite 406, New York, NY 10016
212-953-1544
foxmadisondental@yahoo.com
Copyright © Fox Fresh Breath Dental Office of New York
Premier Dental Products Company is the owner of the registered trademark ‘Enamelon’ and sells toothpaste and gel under that mark. The product referred to herein is no longer available and is not representative of the current Enamelon product.
Top